Herzliah Pituach (including Nof Yam) is the western part of the city of Herzliah, which stretches from the Haifa road in the east until the seashore in the west. Herzliah (named after Benjamin Zeev Hertzel, the visionary of the State of Israel) was founded in 1924. Herzliah is ranked  high on the Israeli socio-economic scale (8 out of 10). Herzliah Pituach is a community of villas and private homes with very few apartment buildings.

Residents of Herzliah Pituach include an international mix including members of the diplomatic corps, representatives of the international press and employees of foreign companies.

Herzliah Pituach has direct access to the Mediterranean seashore, the boardwalk (which is actually made of concrete), many restaurants and coffee shops which are located on the sea or in the commercial and office area of Herzliah Pituach.

The marina of Herzliah Pituach has many restaurants and coffee shops as well as the “Arena” shopping center.

There are public tennis courts located just north of the Dan Accadia Hotel in the southwestern part of Herzliah Pituach and a community center located adjacent to the elementary school in Nof-Yam in the north eastern part of Herzliah Pituach. The community center has a small library, activities for children (Gymboree, cooking classes, music appreciation, as well as sports activities) and adults and is located at 6 Neveh Oved Street, Nof Yam (09-9575580). The atmosphere in Herzliah Pituach is informal with a taste of international atmosphere due to the predominance of non-Israelis. Shorts and sneakers without socks are common attire 8 months of the year. There are three English speaking kindergartens in Herzliah Pituach: Tree House International Preschool (82 Galei Tchelet Street 09-9551963), The Montessori School of Israel, Herzliah B (050-8008789 and 050-5590425) and Gan Ora, 18 Hakidma Street, Nof Yam (09-9583750).

Herzliah Park is located on the eastern part of Herzliah. The park has running and walking routes, a small lake, as well as a huge play area for children of all ages. The “Sportec’ nearby (the intersection of Yasef Nevo and Jabotinsky Streets -09-9565374) has many basketball areas and soccer fields in addition to an area for roller blades and skates.  In the evenings there is folk dancing. The “Shivat Hakochavim” shopping center is located nearby (Sderot Shivat Hakochavim 8 – 099519898). As is the Herzliah Cultural Center (15 Jabotinsky Street – 1-700-70-29-29) (adjacent to the Air Force house – 09-9566350) which has many cultural activities including theater, dancing and music programs.

The WIZO Center located at 132 Hanassi Street (09-9570910) has several activities for women, including a bridge club. 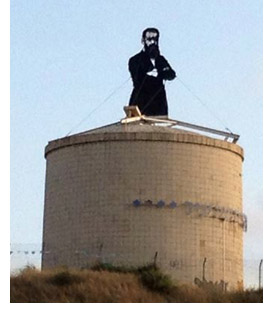 Several of the venues in Herzliah are named “Shivat Hakochavim” (the seven stars) after the flag that Hertzel designed that had 7 stars on it, to commemorate the 7 hour work day that he planned. The seven stars appear on the flag of the City of Herzliah and of the Interdisciplinary Center (IDC – the college located in the south eastern part of Herzliah).